The Re-Birth of Equality

The #Metoo movement, was actually started by Tarana Burke, an American civil rights activist as long ago as 2006, but the use of the “Me Too” hashtag took off in 2017 in the wake of the Harvey Weinstein allegations, when Alyssa Milano promoted use of the hashtag to highlight the harassment and assaults women have endured in silence. However, the internet has provided the outlet for women to break the silence and re-invigorated the debate on many related issues.  Since October 2017, #MeToo is on average exceeding 55,000 tweets daily in at least 85 countries. Whilst two-thirds of the tweets are in English, other major languages include Afrikaans, Somali, and Spanish.

Consequently, social media impact is in fact much larger as the movement has spread across the world with similar hashtags emerging to represent another scandal #YoTambien in Spain and Latin America as well as #Cuéntalo, after the controversial ‘wolf-pack’ verdict; #BalanceTonPorc in France; #quellavoltache in Italy. Even in China, where the hashtag was censored, apparently the #RiceBunny was used – phonetically this is “MeToo” in Mandarin.  It is notable that the movement has started to reach Africa and India, with a range of associated campaigns and hashtags.

Understanding the Impact of Social Research

There are many organisations that have been addressing the area of gender inequality and many NGOs have active social media programmes including developing their own hashtags to link and promote their own programmes and agendas. Adroit is able to support organisations to understand the impact these campaigns have to make these campaigns more effective over time, and track audiences reached. As an illustration of the power of social media applications we examined one particular organisations hashtag to track a gender equality campaign and report our findings.

Plan International was founded in 1937 during the Spanish Civil War to protect and promote the rights of children.  It now works in 71 countries globally, including Africa, the Americas, and Asia to advance children’s rights and equality for girls. #GirlsGetEqual was a campaign hashtag used recently by them for the International Day of the Girl Child. Girls Get Equal aims to achieve worldwide equality for girls to ensure they are valued and value themselves. 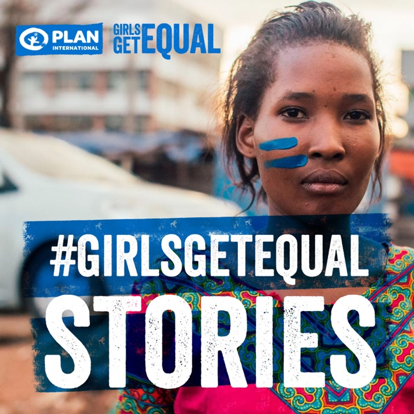 She talks, we all listen

We tracked #girlsgetequal from September 2018 to May 2019. We were interested in the response on the internet in terms of volume, impressions, opinion and retention of the hashtag.

There was a lot of content from many sources and authors:

What did Social Listening show?

Moreover, we used social listening tools to form a timeline to show the amount of mentions the hashtag received. Mentions are the sum of posts and engagements.

What is more captivating is the hashtag ‘#girlsgetequal’ has retained momentum over time. Since the release of the hashtag in October it has been apparent in online conversations month after month. This signifies this campaign left a large online footprint.

This being said, we wanted to see if this footprint was positive or negative…

We used Artificial Intelligence (AI) within the social listening tool to do this for us. AI uses calculations to predict the opinion of the interaction with the text and images available. For instance, ‘love’ would be positive. The graph below illustrates the boom in positivity from this campaign by the bounty of green.

You can also split the sentiment into specific emotions. In this case, joy was the substantial emotion with a staggering 77% of all interactions.

Another great tool within social listening is the ability to calculate the top keywords. #Girlsgetequal was expectantly the highest recurring keyword. This is reflected in the visual by being the largest keyword. You can view the keywords with the most interaction excluding your own tag. For instance, ‘world’ also had momentum with 1,786 (8.25%) results.

This is useful for content strategy as it can incorporate these keywords to gain more visibility.

In addition, keyword data is also useful for search engine optimisation. You can see the keywords that have been interacted with by your potential target audience. Thus, you can add the keywords to your keyword research analysis. 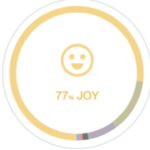 Networks show engagement between people and authors. Moreover, network maps show who is reacting to whom and can show who is central to spreading information. This shows you the influencers outside of your own organisation/campaign. We removed the organisation who created the campaign (Plan) to see who was central to the conversations. There were many influencers, here is an example of one network with the most interactions.

Here ‘@sanchezcastejon’ made 1,135 interactions with the content. Pedro Sánchez Pérez-Castejón is the Spanish Prime Minister and has been since 2018. He has over a million followers and is active on Twitter.

The networks functionality can build in connections and paint a useful map which marketing teams can use as a vital tool. The extensive list of key influencers can be an unquestionable value to an organisation. You can target influencers to push your campaign in the future.

Furthermore, this campaign was not exclusive to the Spanish community, in fact, it went global as you can see on the map. Anywhere highlighted green shows positive interactions in that location.

You can also see how conversations may be arriving in new areas in real-time. This can be advantageous if there is an unexpected reaction which requires the message to be changed or localised.

This tool may display markets that you didn’t realise existed for your organisation. 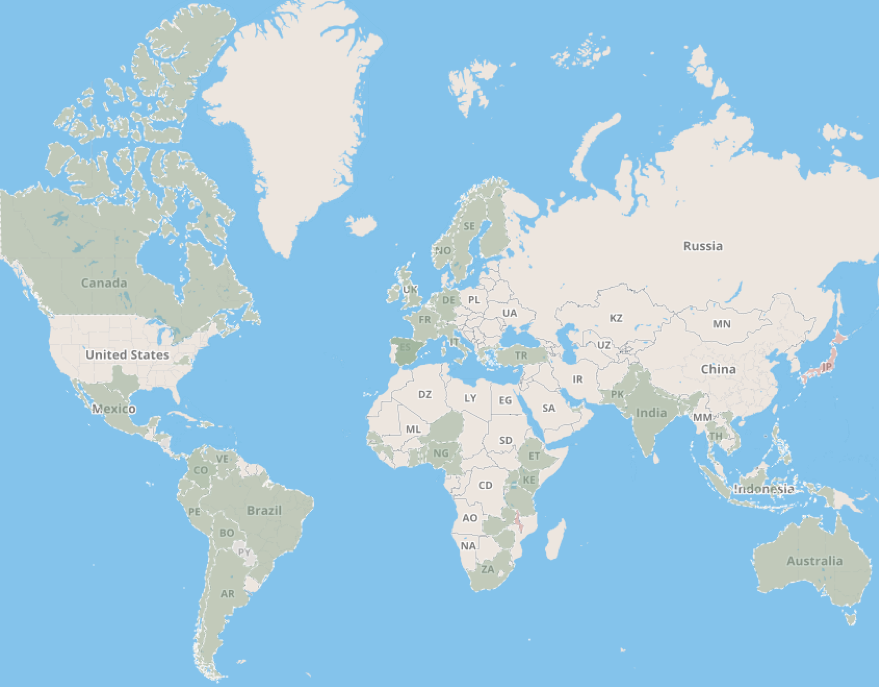 The Girls Get Equal Audience - Who Are They?

We explored what types of people interacted with the content. We can do this by looking at their bio information. The top bio keywords, in this case, were ‘rights’, ‘views’ and ‘social’. This reflects the typical type of people engaging in these types of conversations.

Bio keywords can give you the insider information you may need to target your audience, or where to start new conversations.

What insights can you gain?

We track campaign tags to measure content that standard social analytics may not necessarily identify. By ensuring that you use unique phrases/ keywords/ URL’s and hashtags throughout campaigns enables the power of social listening to truly shine through.

Within organisation you may have traditional measurements of success, such as, comparing your campaign to previous campaigns via social reach.

With Social Listening we can gauge the success of a campaign by many other indicators which you may not have access to:

We can give you the insight that you need to be ahead of your game. If you are in need of social proof, Adroit have recently been shortlisted as a finalist for this year’s Computing’s ‘Outstanding AI/ML Project Award’.

Finally, most marketing strategies think about how to reach a known audience with offline or online platforms. You are at an advantage when you know what people are talking about on the internet. What content do they share? What opinion do people have of our brand? Who do they listen to? What do people think of our competitor? By tracking a keyword, you can find the audience and then understand the audience. What is a problem people face, can we offer a solution…?

The sky is the limit when your marketing strategy incorporates contemporary technology: 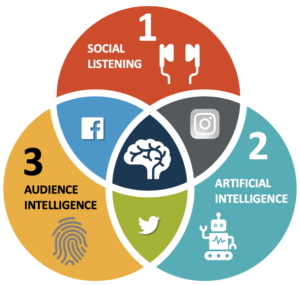 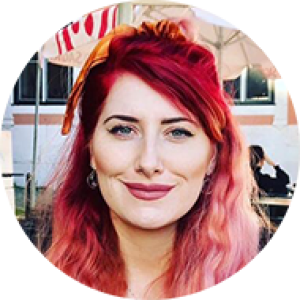